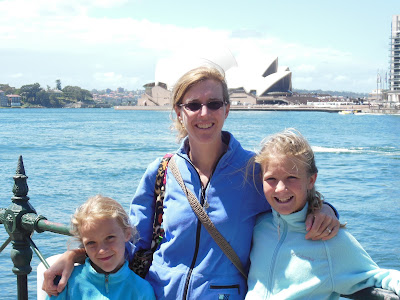 After many Aussie hiking adventures and road trips with the boys, which we hope you’ve been following, the accusations of favoritism and neglect had reached a deafening crescendo from Claire and Cate…The girls wanted their own special trip with Mom and Dad…And not camping or dodging snakes either.. The girls wanted bright lights, soft pillows, great food….a little luxury….SYDNEY!!! 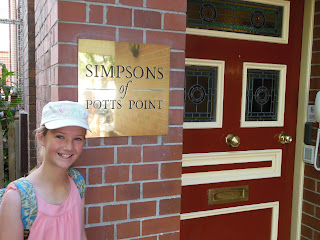 We found a couple of beautiful heritage listed B&B’s in Sydney on Trip Advisor, that were of an acceptable level of comfort for our dear daughters, though they didn’t really get the “no pool” concept. They provided the perfect bases for exploring all that Sydney has to offer; an amazing, and busy, working harbor, world class botanic garden and zoo, leafy restored neighborhoods, and of course the Opera House and Harbour Bridge… 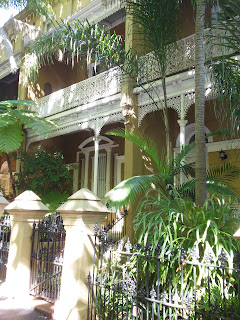 The Royal Botanic Garden in Sydney sits right on a small cove in the center of downtown, on the site of the original convict settlement’s farm. It’s nearly 200 years old, extensive, beautifully maintained and free to the public. The vegetation is very varied with graceful walkways and lawns, it’s the best Botanic Garden I’ve yet seen. As the walkways lead you down to the water’s edge, the below view of the Opera House is revealed; surely one of the world’s great urban designed landscapes. Much has been written about the Opera House, but as a newcomer to Sydney a few immediate realizations came to mind…It’s much larger and more complex than expected, as well as seemingly closer in, and even intimate, in it’s setting. It also feels unexpectedly organic and “right” for such an astounding structure…Intriguing…. 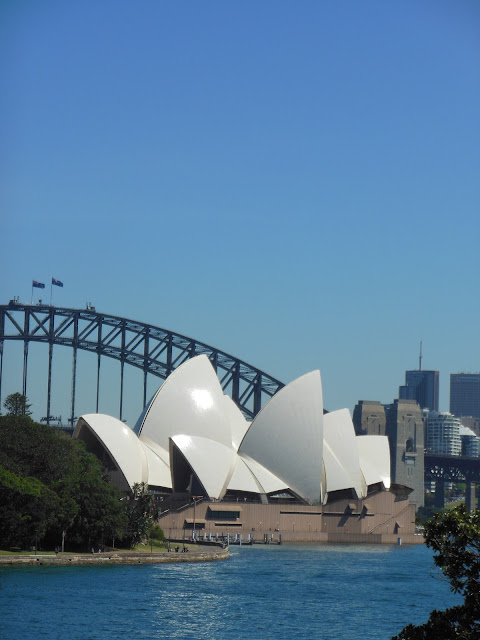 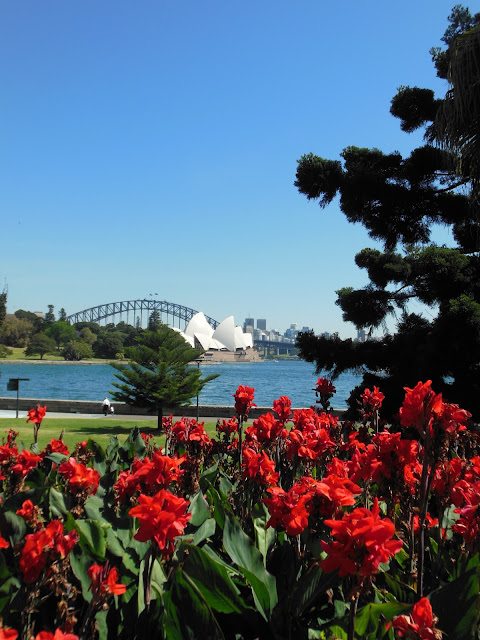 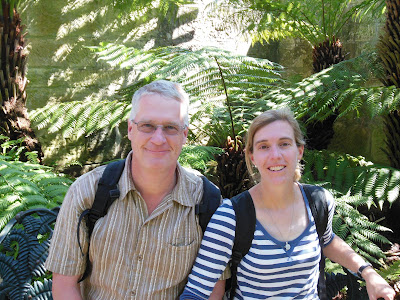 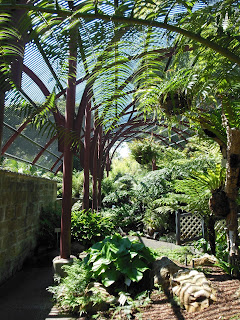 The semi-outdoor Fernery is an especially nice spot to sit and contemplate life under a primordial green canopy.

Next morning, we were up early, across the Botanic Garden again from Pott’s Point to catch the ferry across Sydney Harbour out to the north arm of the headlands and Manly Beach. The ferries are fast and cheap, and a wonderful way to see one of the finest natural harbors on the planet. 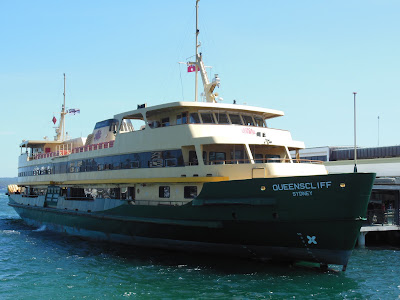 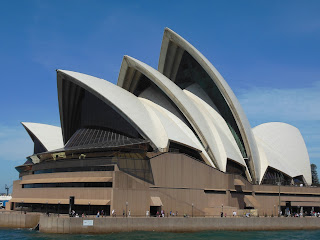 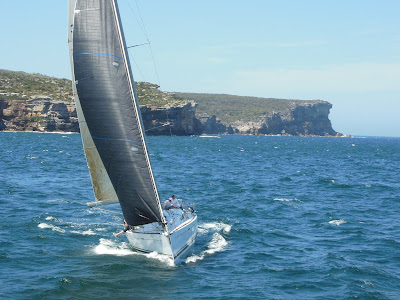 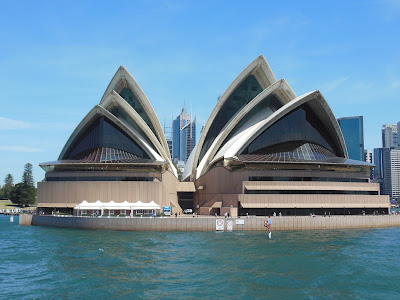 A bit more about the Opera House…The project took almost 15 years, and went over budget by 15x the estimated cost. Jorn Utzon,the Danish architect, quit in disgust before completion and never returned to Australia to see the completed structure…So, a difficult birth for a remarkably singular structure. That said, as a non-architect, and from a layman’s point of view, when you see the genius of the conception up close, almost every other building you have experienced looks somewhat more humble and prosaic..Just another in an endless series of boring boxes and rectangles, however cleverly gilded.  To compare in musical terms, this thing is a John Coltrane “sheets of sound” free-flight solo compared to a high-school marching band…Both musical, yes…but on vastly different planes of creativity and execution….Simply stunning.. 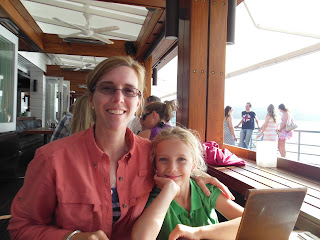 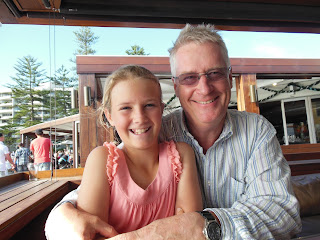 Another amazing aspect to the Opera House is it’s skin.. I always thought it was encased in white aluminum clad, or maybe vinyl perhaps… (!)……Not so, the skin is actually composed of almost one million ceramic tiles, computer designed to lay perfectly flat in a subtle mosaic pattern. This gives the structure a creamy, earthen warmth that reflects light with a soft, subtle glow…never harsh; a magical trick of the light……I had some beautiful close-ups lost due to some injudicious editing of my flash drive, 250 or so shots, gone in, well… a flash…..So, you’ll have to go see it for yourselves someday…

We then moved over to the Rocks, the oldest part of Sydney, dating to the 1820s. So named for the rocky peninsula that convict laborers spent decades hacking apart with hand tools to build the original stone buildings of the nascent city. It’s an interesting blend of heritage buildings, restored warehouses and high-end cafes and bars.. A lively section of central Sydney, right on Circular Quay. A large portion of the area was razed when the Harbour Bridge was built in the 1920-30s; and incredibly, the entire Rocks district was slated for complete demolition during the urban renewal craze of the 1960s. It was only saved when the construction worker’s unions went on strike and refused to do the work. The first such “Green ” strike in history.. So much for listening to “expert” guidance…

The next day’s journey took us again across the harbor by ferry to see Taronga Zoo, another Sydney landmark with excellent hilltop views of the city CBD from the north shore. It’s a vast, well-designed park, a few shots only included below…. 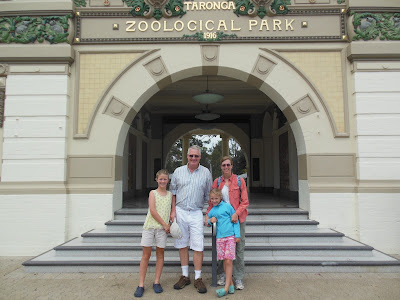 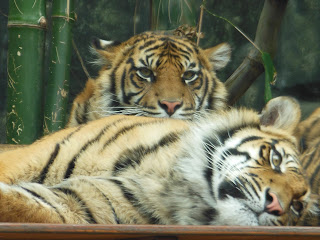 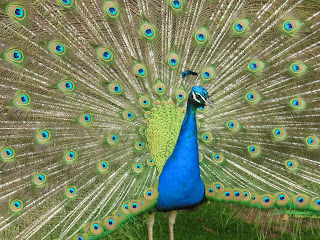 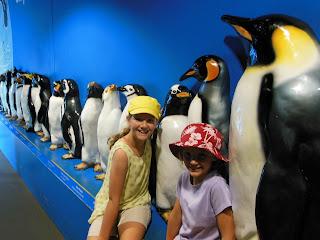 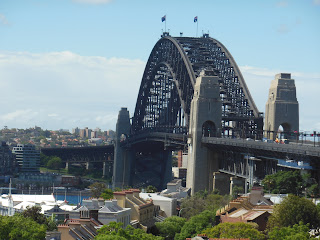 The other landmark that dominates the skyline down at the Rocks is the Harbour Bridge. Impressively massive, we walked up on the pedestrian walkway two nights in a row to see the lights of the entire Sydney metro area, 4 million, strung along the undulating waterlines, inlets and islands of the harbor for miles towards the east and the open sea. We even got fireworks over the Opera House below on Saturday night.. Sorry, no photos again, due to operator error. A sublime memory anyway..!
Finally, all trips have to end, and it was time to say farewell to the Rocks and Sydney . It was perfect to spend three nights exploring right in town and harbor. We were glad to have cancelled a side trip to the Blue Mountains 2 hours west…that’s a whole ‘nother adventure. It was also a wonderful time spent bonding with our rapidly growing-up young ladies. And in retrospect, I like the way these girls travel…pretty deluxe indeed…! Maybe they’ll invite Dad along on the next girl’s road trip…. 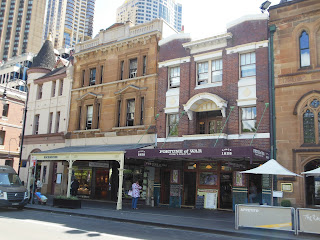 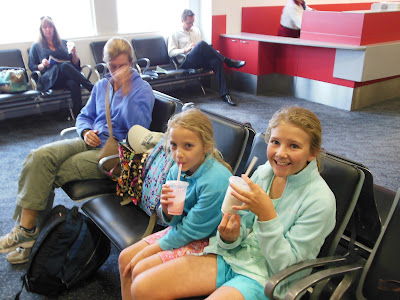 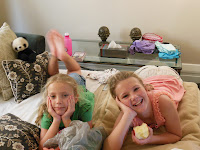