Hard to believe it’s been six weeks since I returned from an 18 day solo hiking/ road trip on the South Island of NZ. Stephanie and the kids were back in the US for Christmas and January,  I worked over the holidays, and then took the opportunity to see a new part of the world and complete a lifelong goal of hiking the Milford Track in the Fiordlands area of SW New Zealand. It was an amazing adventure; one that will require yet another three-part DDU, so I hope you enjoy the ride as much as did!

So, New Zealand…I’ve never been, and after two years in Australia I thought it would basically be like an alpine Aussie experience. It’s only a three hour flight from Brisbane to Christchurch, on the east coast of the South Island. There’s a long and lively rivalry between the two countries about everything imaginable, but especially rugby; also a common English Commonwealth heritage and language. At one time NZ actually considered entering the AU Federation as the seventh state!

But, in fact, NZ and AU are very different worlds indeed. A few amazing (non-scientific) facts to consider:

NZ is one of the most volcanically active places on the planet, the last AU volcanic period was around 20 million years ago.

There are some 700 species of eucalypt in AU, by far the most dominant plant genus. There are none in NZ.

AU is word famous for it’s curious mammals, most of which are unique marsupials. NZ has no native mammal species except for two species of bat

NZ was the last major, fertile landform to be inhabited by humans. The native Maori (15% of the pop. today) only arrived 800-1000 years ago, crossing the vast Pacific from Polynesia in small boats. They are closely related linguistically to Hawaiian Islanders.

The Aboriginals of AU are considered to be the oldest currently active culture on earth. Origins somewhat obscure, they have been in AU for at least 50,000, and perhaps as long as 100,000 years. They have no cultural connections to the Maori.

And even the native NZ folks, so-called Kiwis, are a different breed than their Aussie cousins. Perhaps it’s the harsher, more demanding climate, but Kiwis in general seem more direct, focused and no-nonsense than the laid-back Aussies. If Kiwis are similar to New Englanders, Aussies are more southern Californian, or if rural and ranchy, Texan. Just my own observations here.   So…it’s like a completely different country down there….Who knew!   And only just across the Tasman Sea (or “Ditch”  as they call it down here).  Well, let’s get going, shall we…..?

Christchurch (ChCh) was historically considered the most English of NZ cities; a small (500K) compact college and literary center, founded in the 1840s, it is the capital of the Canterbury region and sits on a vast alluvial basin right on the east coast . Famous for extensive and beautiful heritage stone buildings and graceful parks, a genteel pastime is punting on the Avon River that flows through downtown. Life changed abruptly on 4 Sept 2010 when the city was struck by a 7.1 mag. earthquake. A second 6.3 mag. tremblor struck on 22 Feb 2011; shallow and centered less than 10 km from the CBD, this quake essentially destroyed central ChCh in under 30 seconds. A heroic rescue and rebuilding effort has been underway in the ensuing three years and I was very interested to see how the city was recovering. 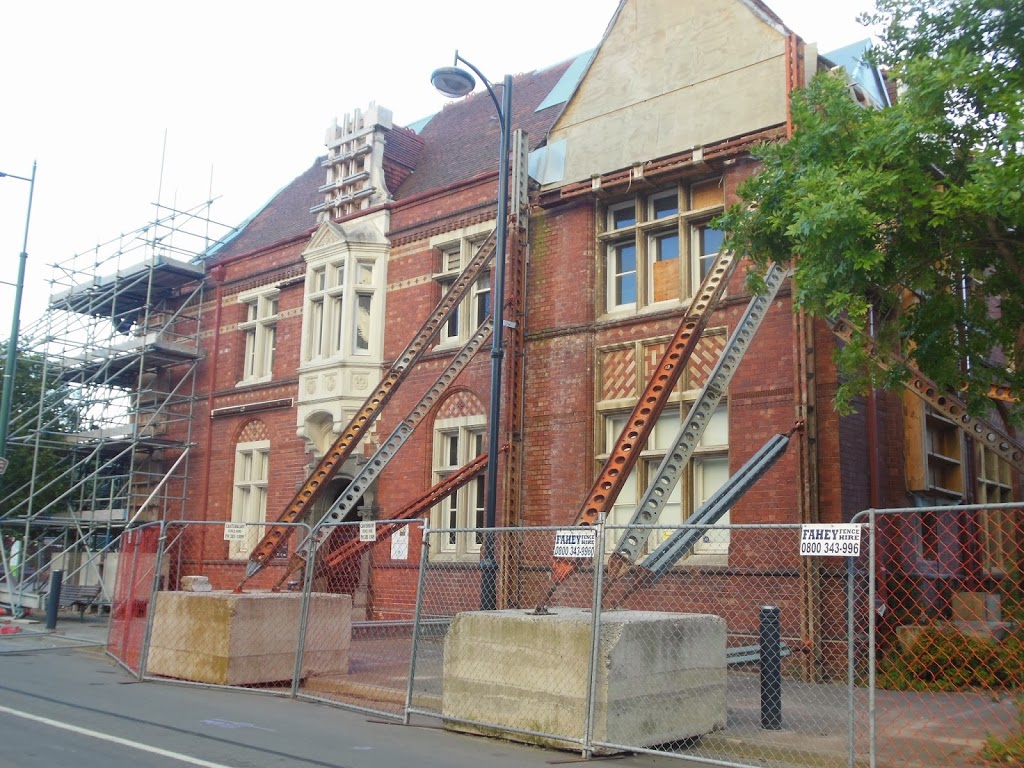 Eighty-five percent of the buildings in the CBD were damaged beyond repair, and most of the ones still standing are condemned and will be torn down. Extensive, and ingenious, re-engineering is ongoing to salvage the remaining fragile heritage buildings and make them more earthquake resilient. Work moves ahead slowly, impeded by over 2000 aftershocks.

In spite of the destruction, life continues along. The Botanic Gardens and adjacent Canterbury Museum are wonderful, orderly spaces of normalcy that are highly recommended. 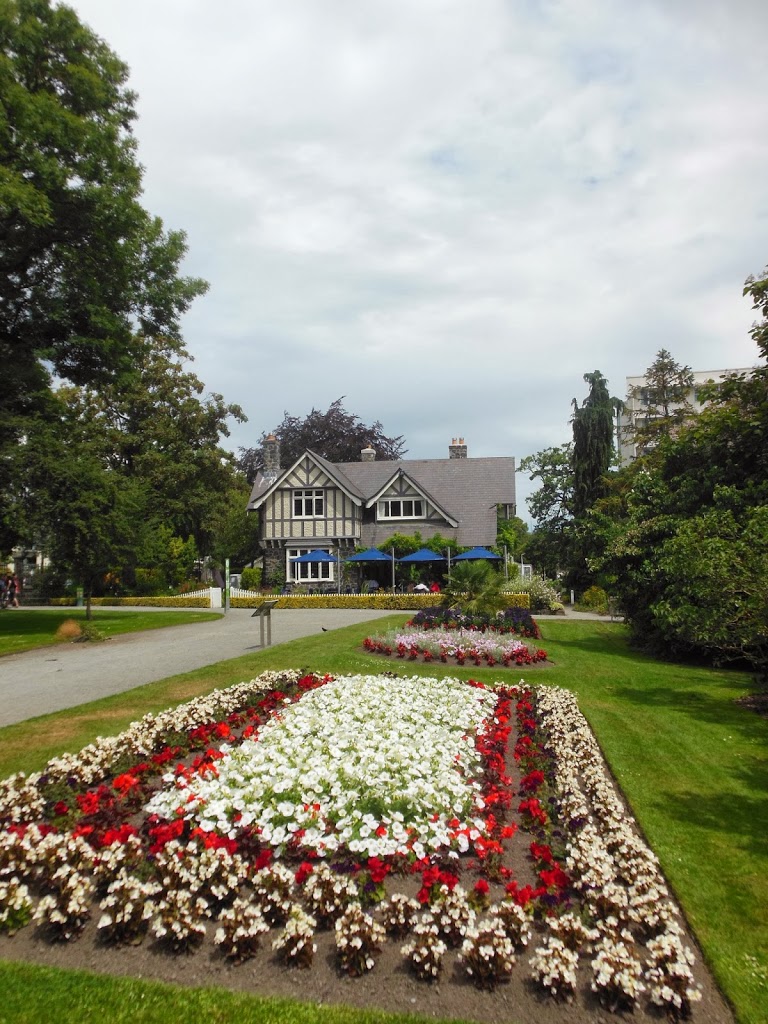 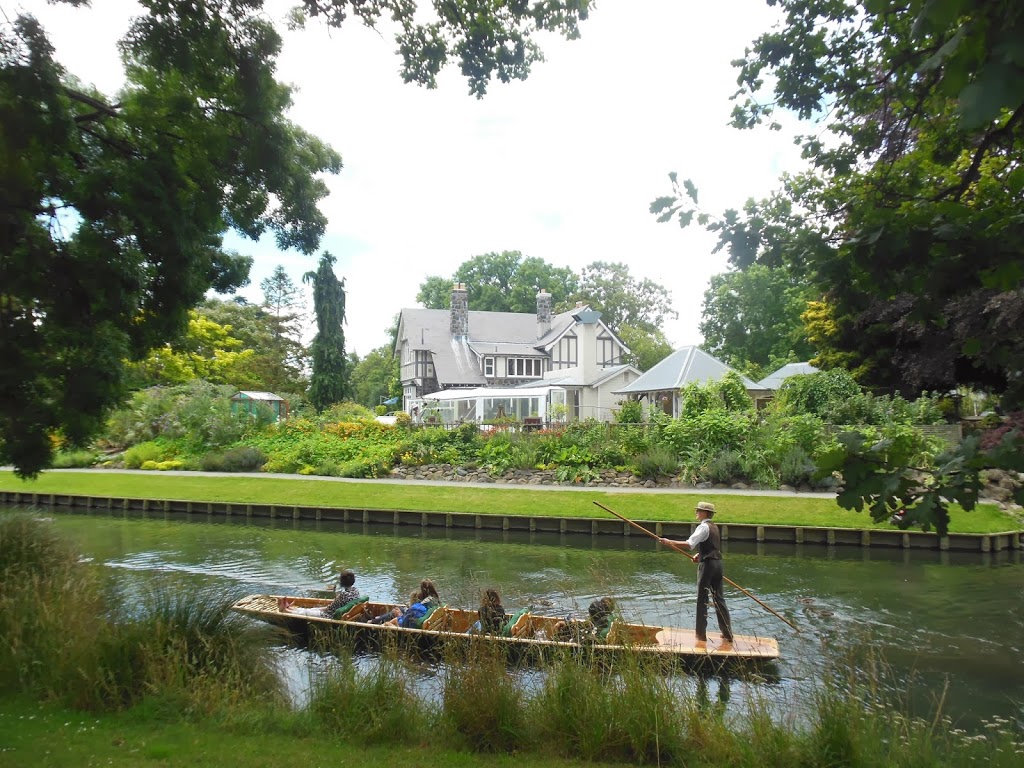 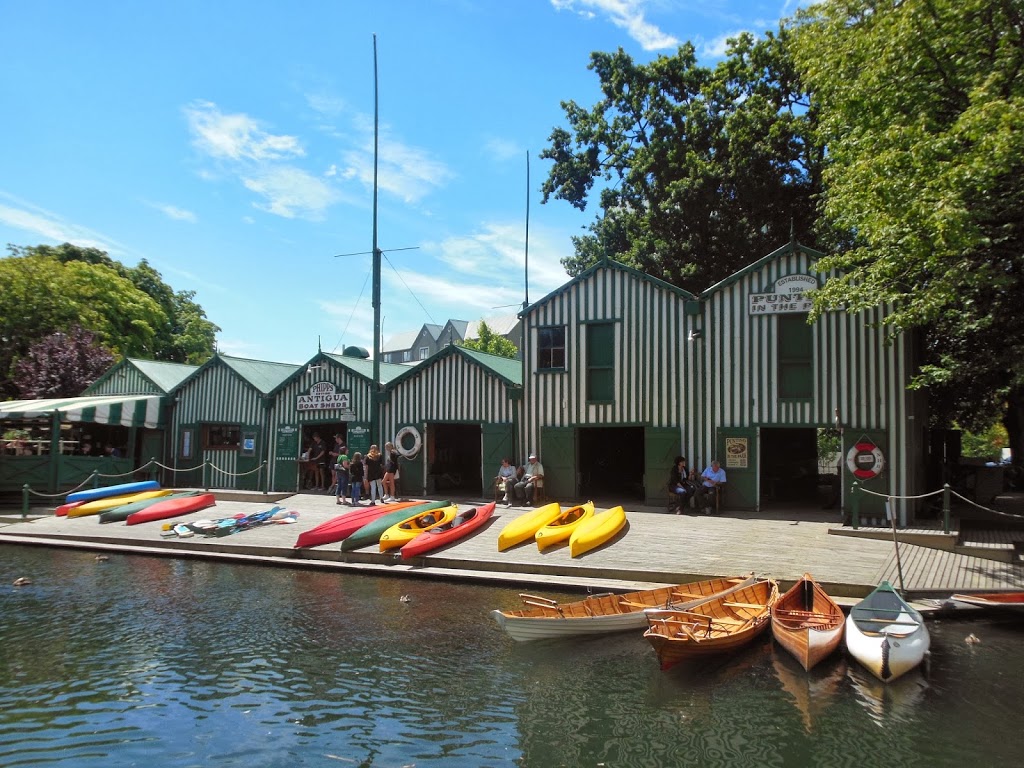 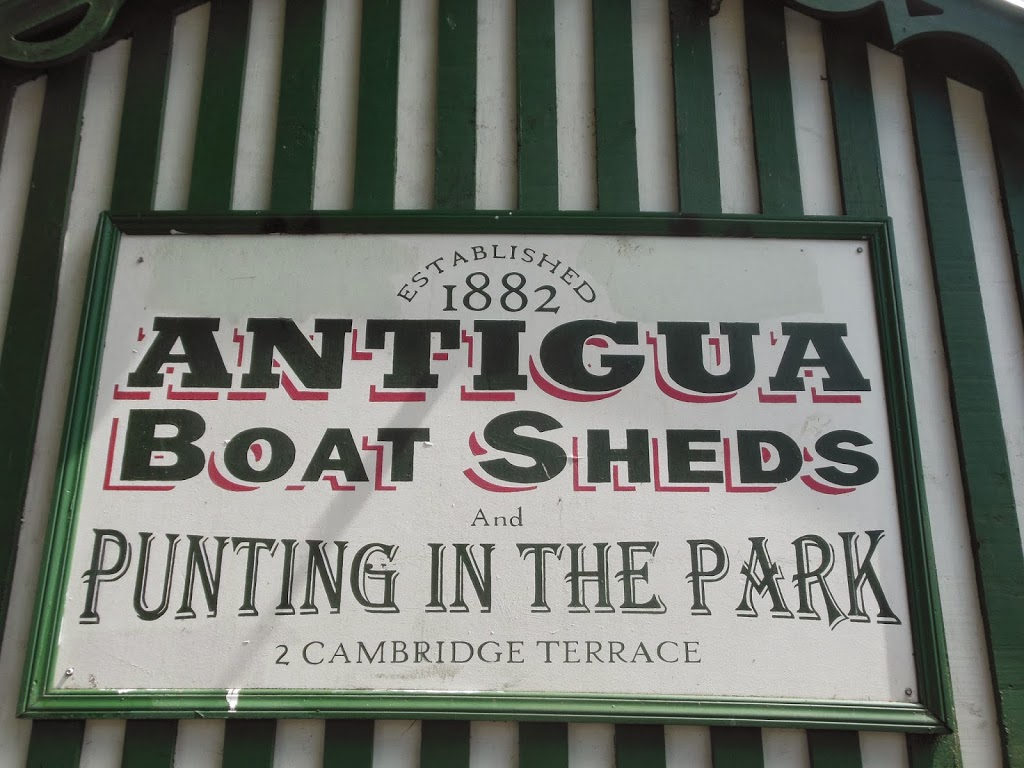 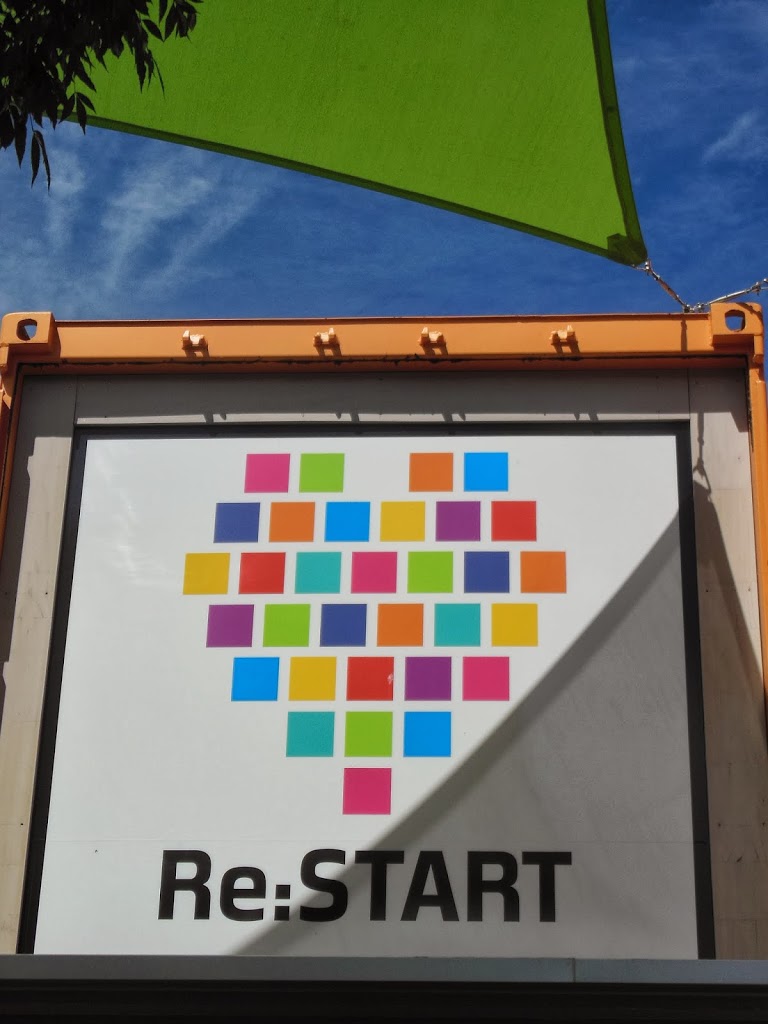 Downtown, the scappy local community soon got a temporary shopping district up and running. Using shipping containers, painted in bright colors, it’s become an iconic testimony to human ingenuity and resilience in the face of overwhelming loss. 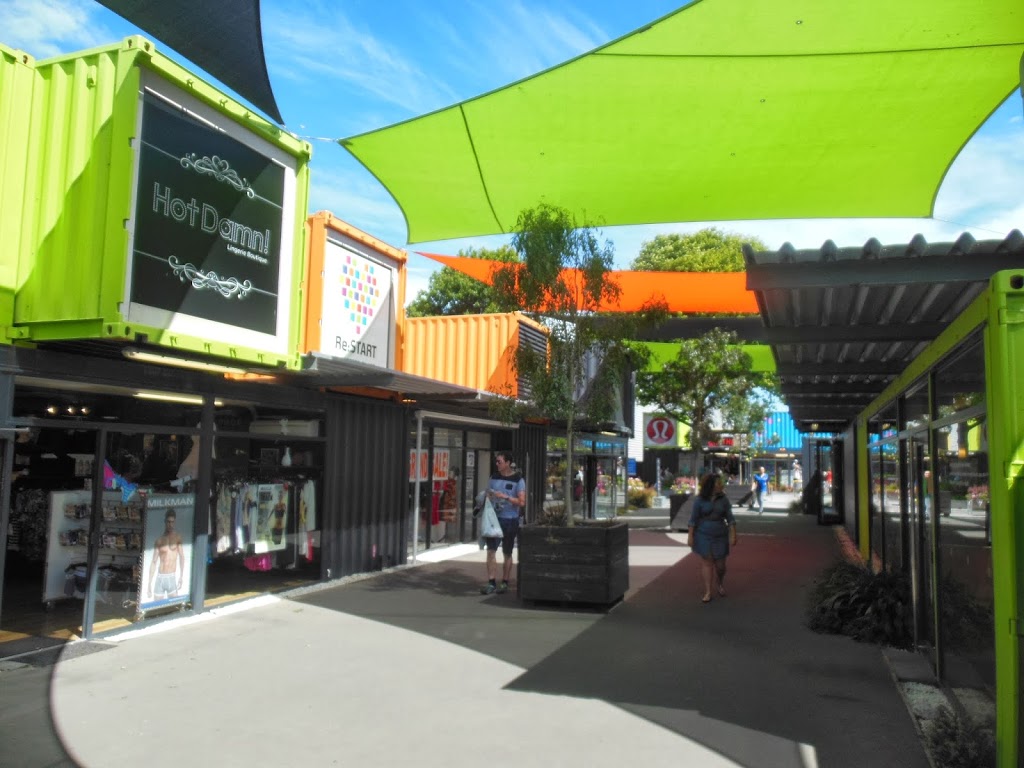 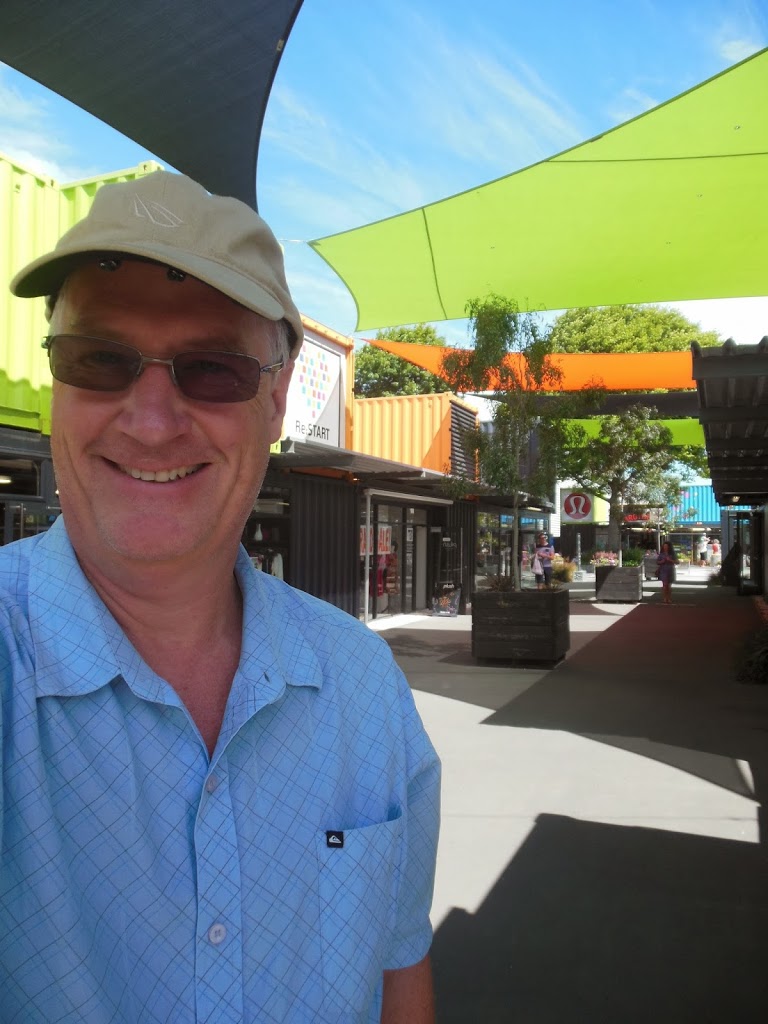 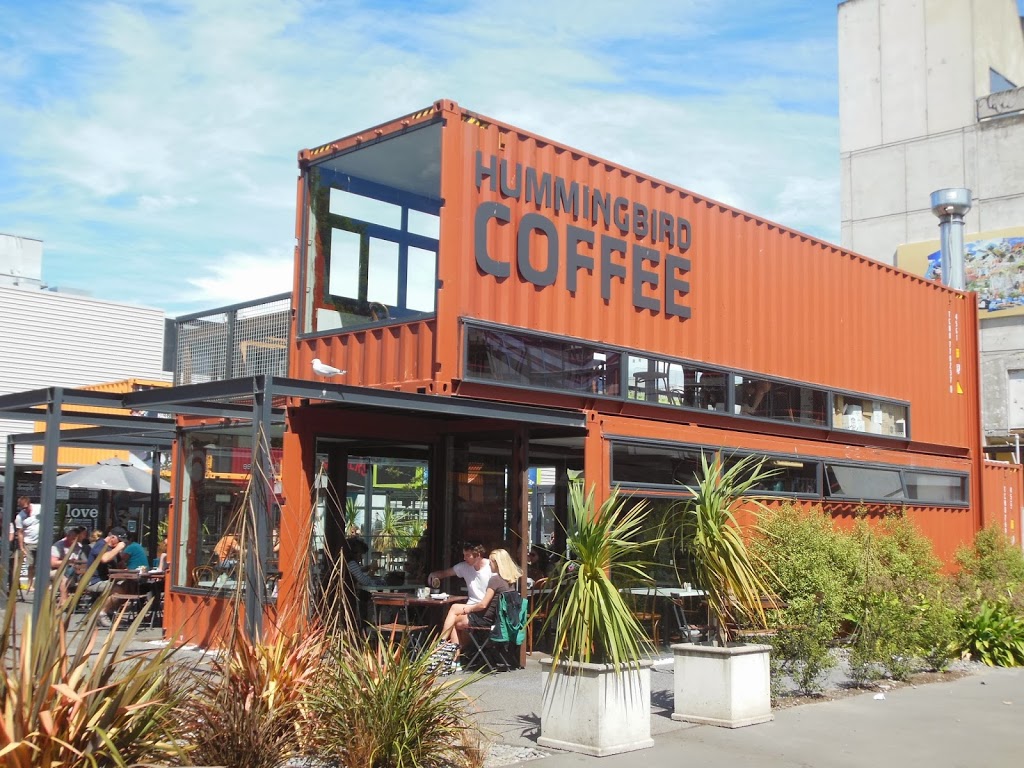 Unfortunately, much of the CBD remains a vast network of
vacant lots; now cleared and leveled and awaiting
the next, uncertain phase. Frankly, I was overwhelmed by the scale
of loss and how much recovery remains. It’s daunting to think of all the sub-surface “stuff” that was also destroyed. Sewer, electic, water all needing to be meticulously reconstructed while life continues along above ground. So thoughts and prayers for the resilient residents of ChCh as they continue to rebuild their shattered city…. 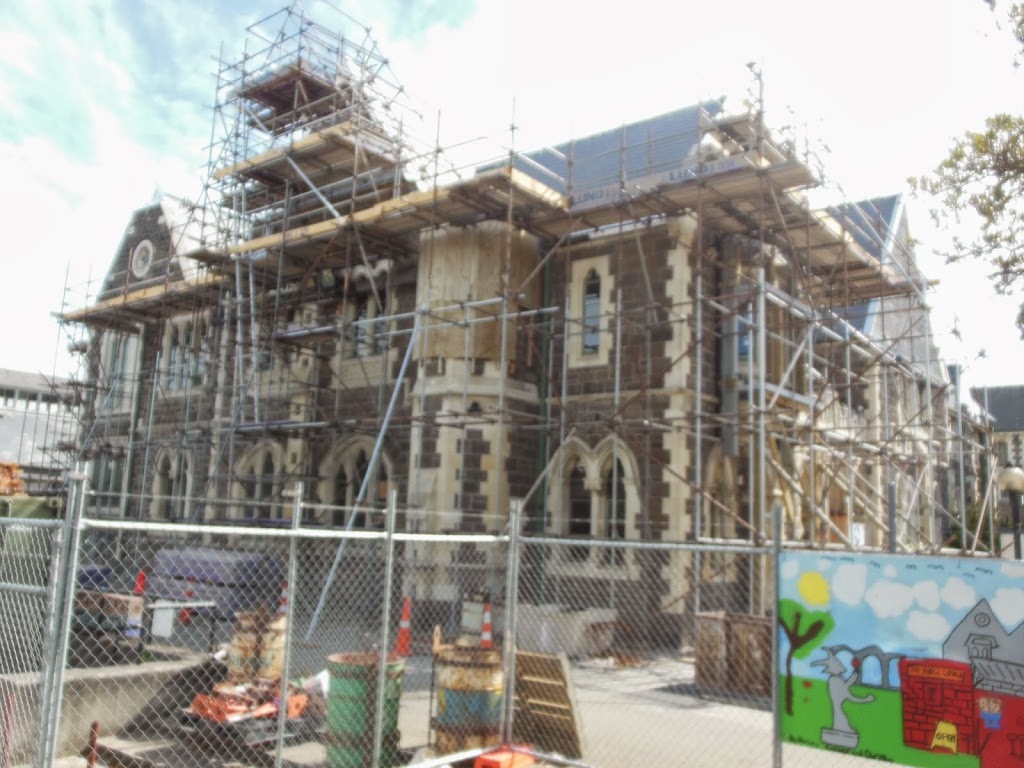 After two nights exploring Christchurch, it was time to hit the road west, through Arthur’s Pass to the west coast…Another thing about NZ, it’s a very rural place….About the size of Great Britain, with one fourteenth the population (at 4 million). You are into farm country with grazing sheep within 30 minutes of leaving the CBD. 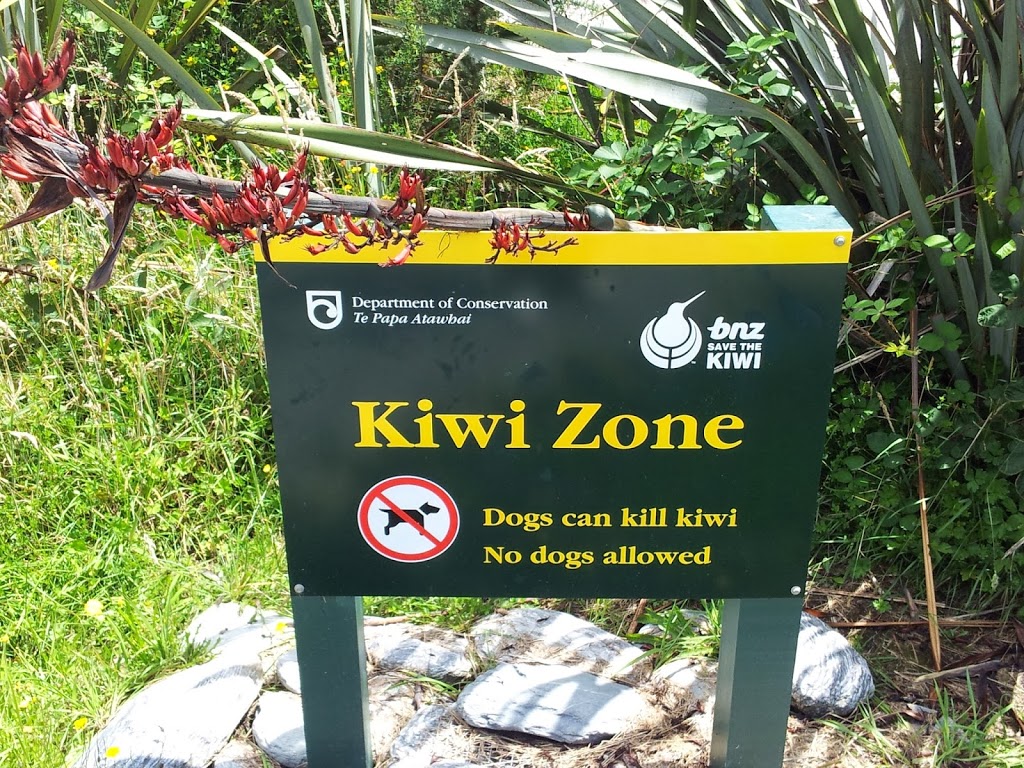 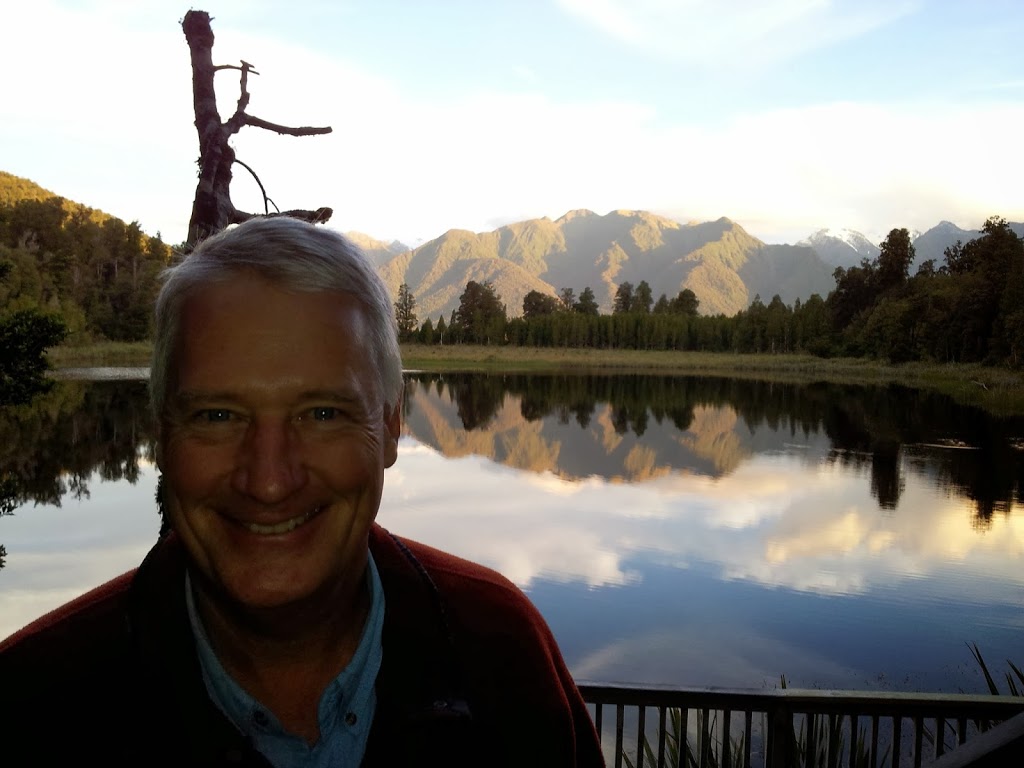 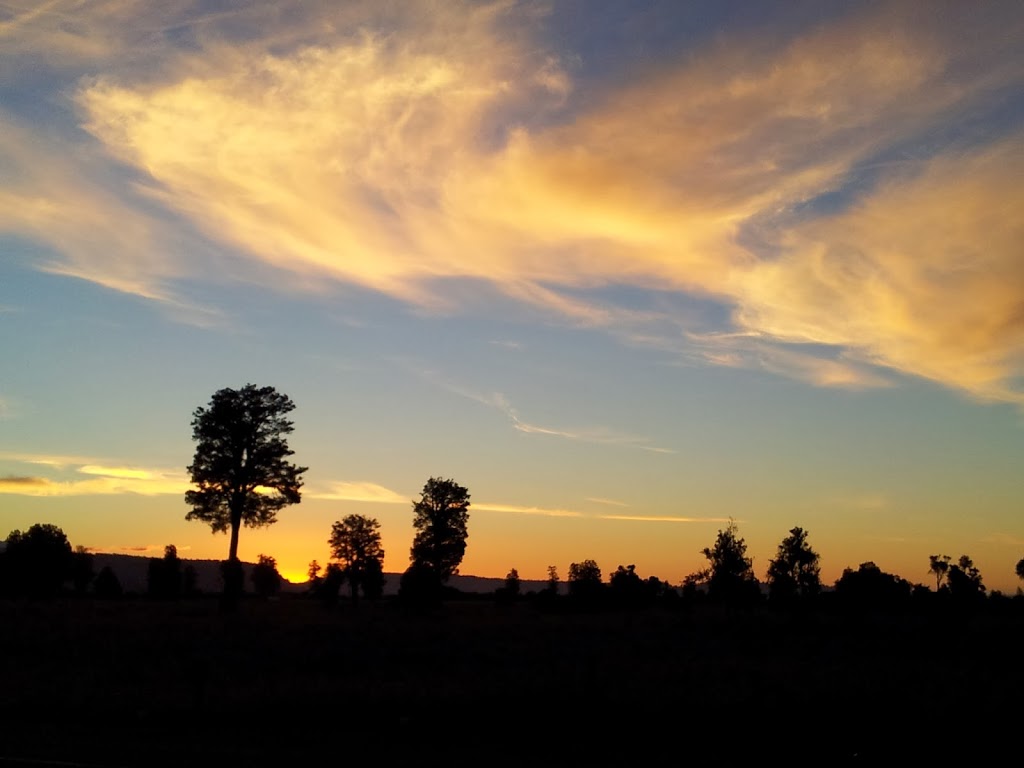 After getting really lucky with the weather for a few days on the west coast, I turned inland heading SE up and through the sublime alpine Haast Pass. Into the high, dry Central Otago plateau. It’s a landscape of vast, dry alpine valleys and enormous, crystalline mountain lakes. Stunning…..Next stop, Waneka and then Queenstown, the adrenaline capital of NZ! 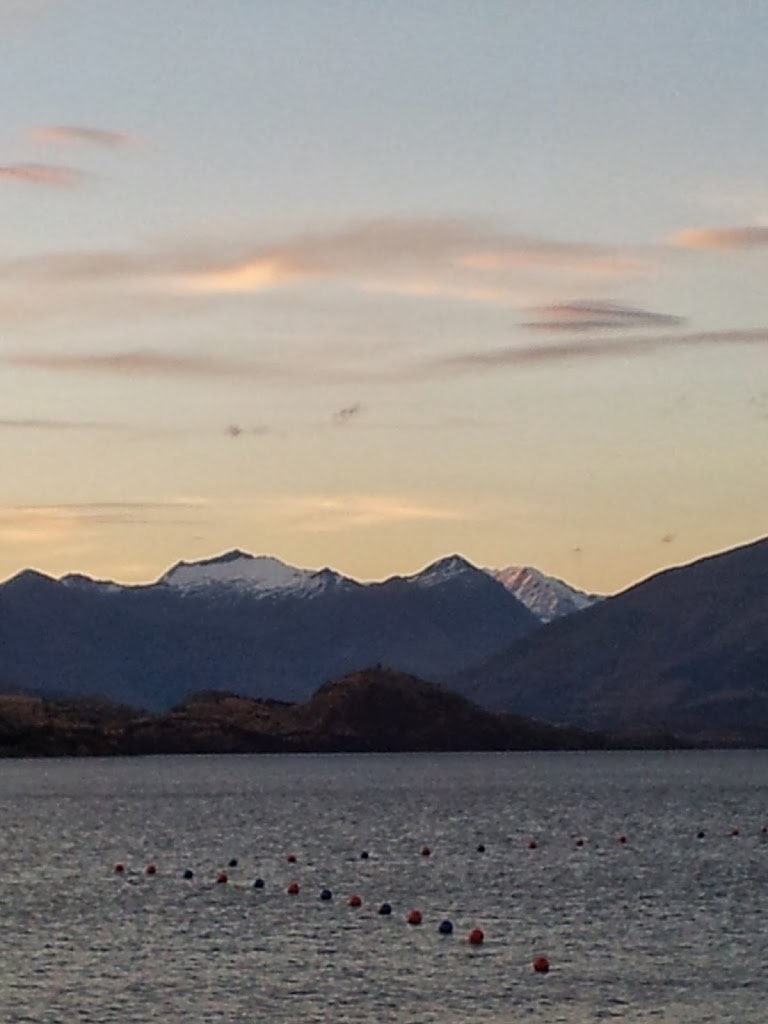 Next day it was up early, hot and dry already. The plan was a challenging training hike up Mt. Roy. Around 16 km (10 miles) and around 3000ft elevation gain, my final buildup for the Milford Track. 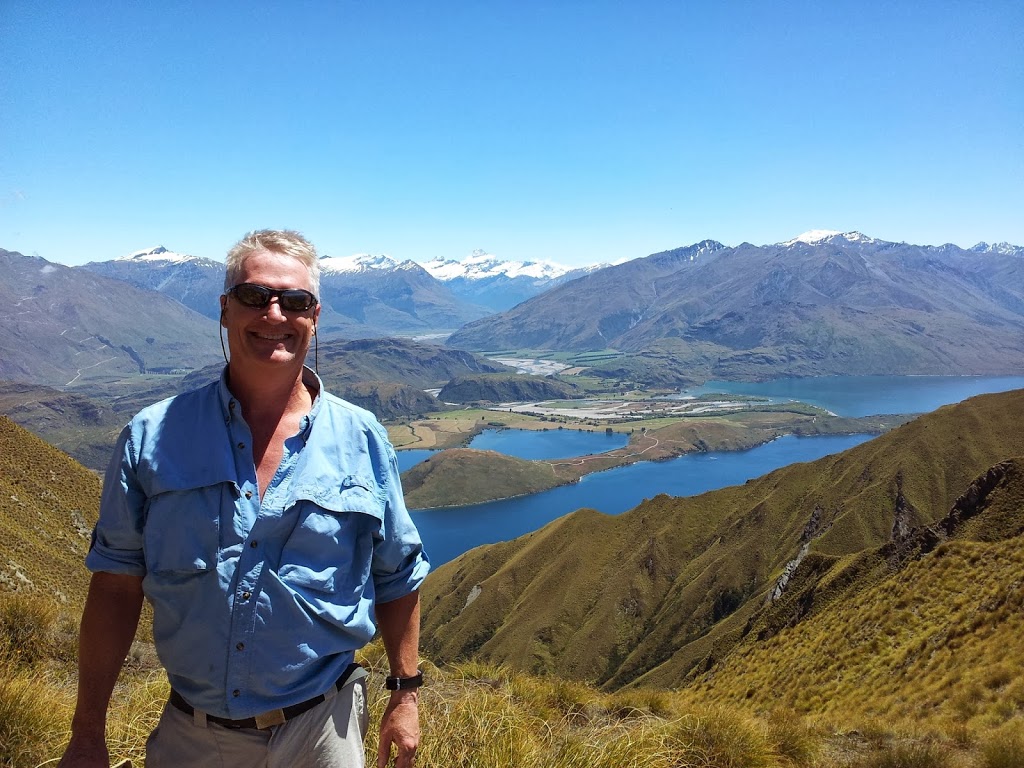 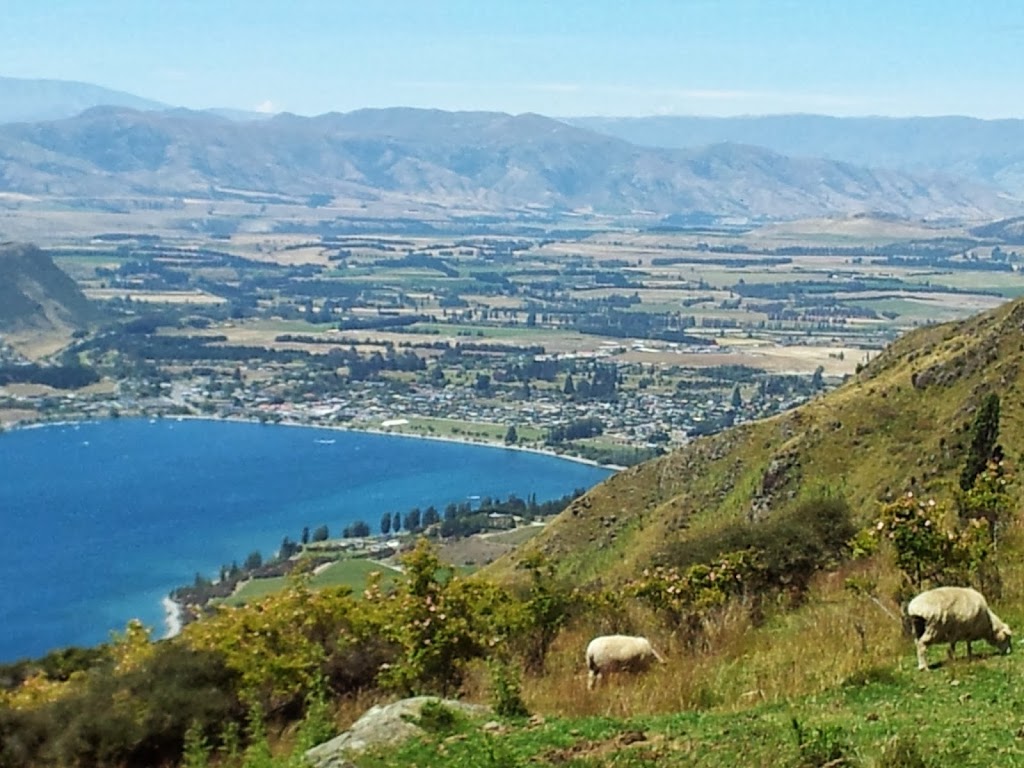 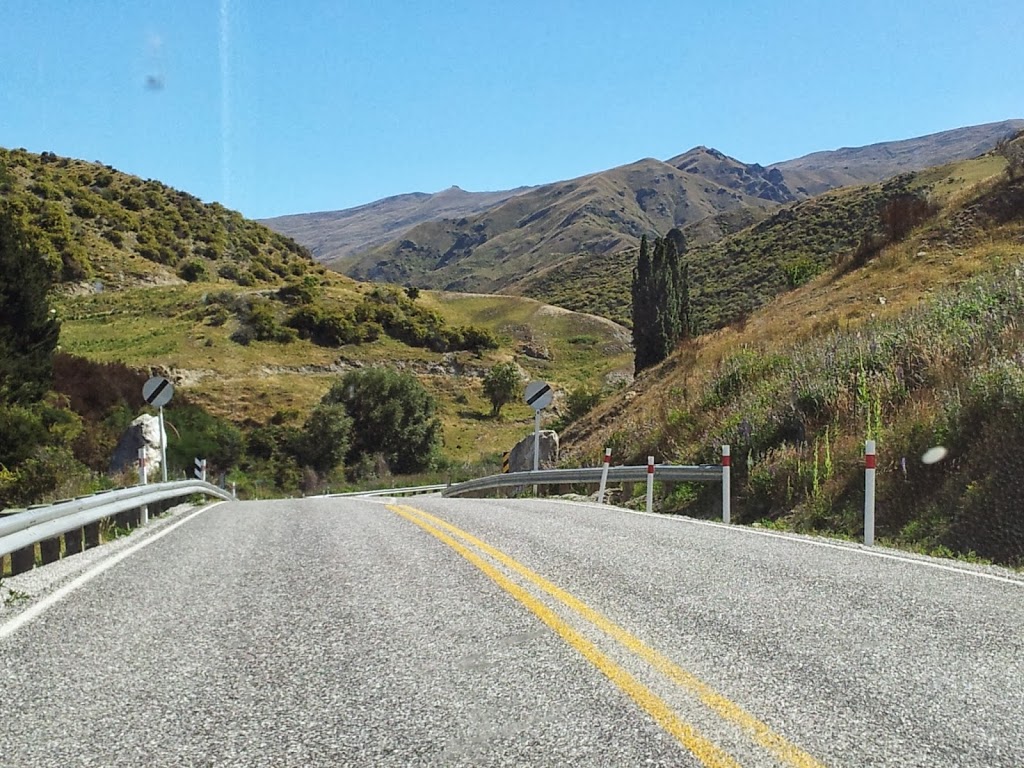 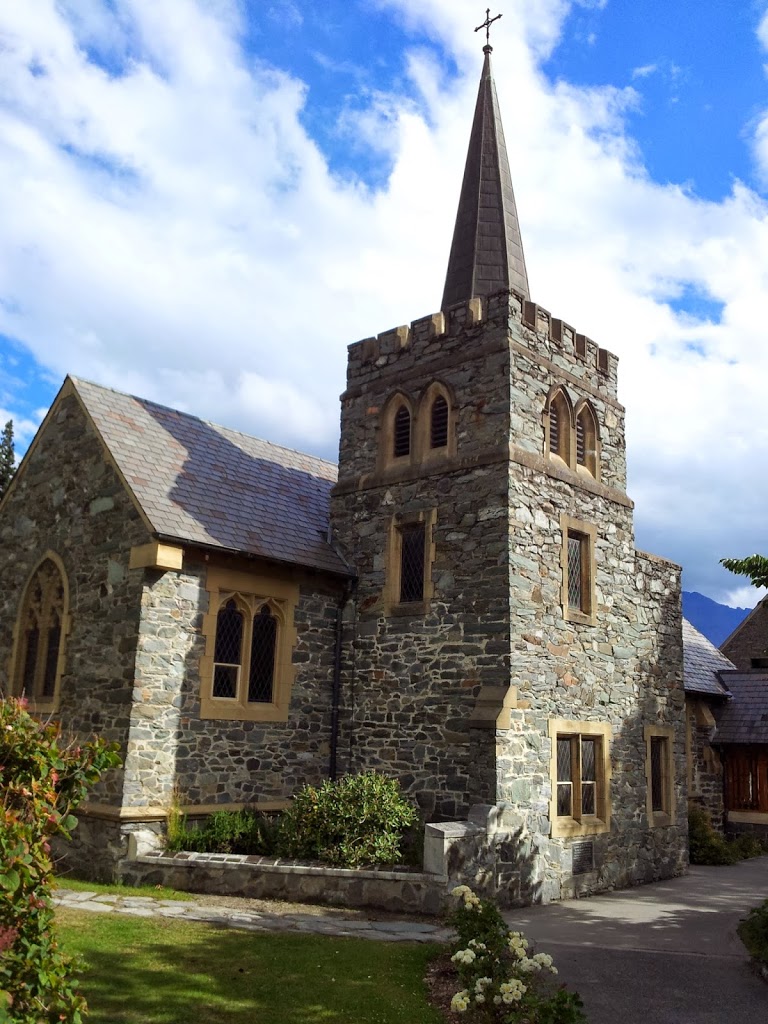 Queenstown is the outdoor adventure capitol of NZ, and the birthplace of bungy jumping. There are a million ways to break a sweat and spend a buck in this town. Nice to visit, but I was here for a very specific purpose; as the link-up point for a five day, 35 mile hike on the Milford Track with Ultimate Hikes NZ. After spending the afternoon exploring the compact downtown, we had a pre-trip orientation at their headquarters, then off to bed for an early morning departure for Lake Te Anau and wild places beyond. The Milford Track will be the sole subject of “DDU Does NZ”, Part 2. I think you’ll find it to be quite a worthy adventure and perhaps motivating to start planning your own hiking adventure. Safe  travels and happy trails, until then!  Your DDU…. 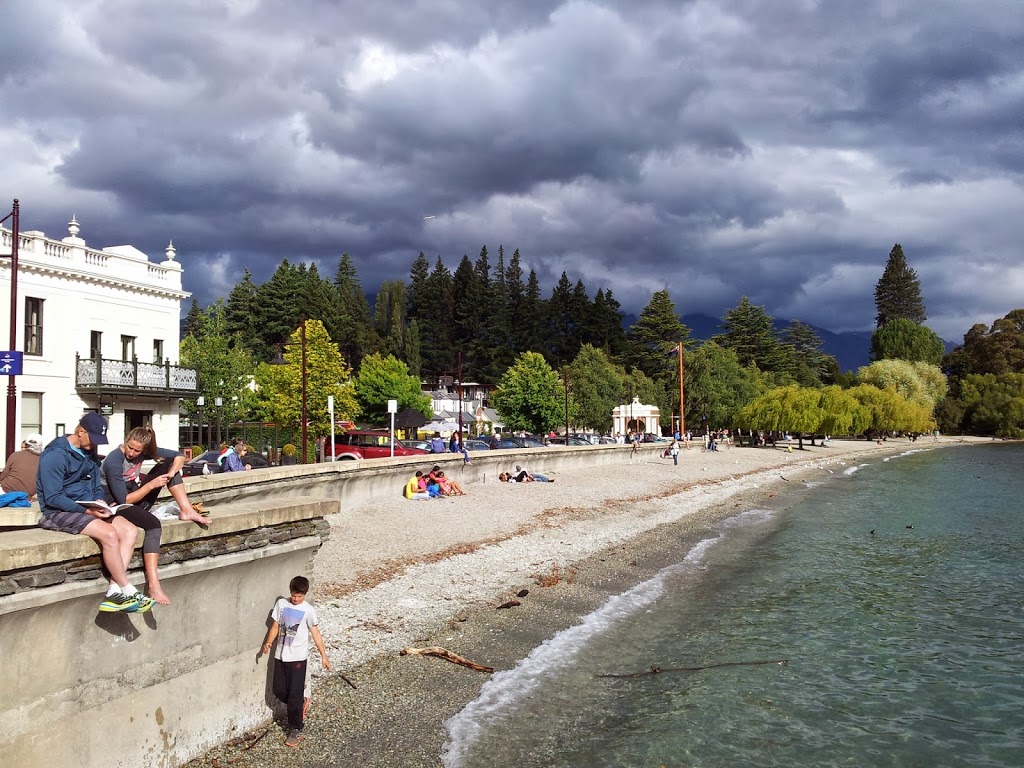 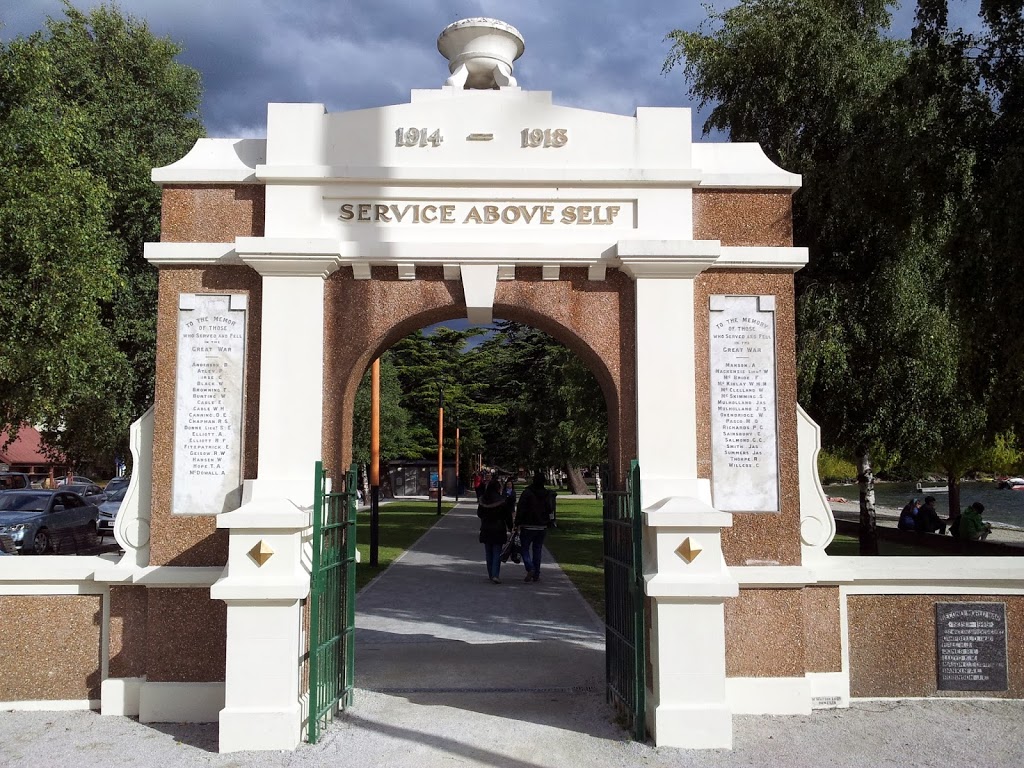 Stay tuned for the next, riveting installment…Will they make it out alive….?  With how many blisters…? Cannibalism in the wilds of NZ…? We’ll see…. Thanks for traveling along, ddu